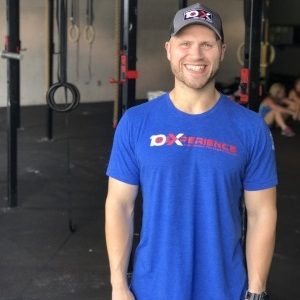 Steve’s athletic career began in high school where he was an All-Conference football player. As an adult, he ventured into CrossFit competing in the 2014 Central Regionals and 2015 American Open (weightlifting). As a member of Five Rivers CrossFit, Steve met and worked alongside the owners who were impressed with his knowledge and unshakable work ethic. Soon, he was brought on as a staff member and began training other athletes. As a coach, he specializes in CrossFit, weightlifting, and powerlifting. Steve believes in connecting with people and teaching them how to enjoy life through fitness.